What would make a good Theme Song for Shantae?

What would make a good Theme Song for Shantae?

I have been looking at some "Anime Openings" lately.
And you know how much I'd like an animated series for Shantae to happen.

Anyway, there are so many great theme songs out there. They are awe-inspiring in any way.
And I have been thinking about an "anime" theme song for Shantae.
Problem is that I am not a good composer. ^^;

Do you have any ideas on how it should go? What music style would be most appropriate?
Or do you have a good base-song?


It's just a little "J4F" topic from my side.
So don't take it too seriously.

I think we've had this discussion before, my good man. We all love the anime genre, but remember that the medium wouldn't have to b- *gets smacked for not answering question.*

Remember that I said perhaps a remix of sorts.
I could easily pose more suggestions though. That one just had one of the vibes to it.
I recently lost my collection of Ali music. Sorry for wasting your time XD

In my honest opinion though, it'd have to be at the hands of Virt himself... Lest we come out with an intro theme with lyrics like "Here's a cute girl, a belly danc'n genie. Name's Shantae, hurt'n all the meanie'"
Sorry. Not a song writer. But you get what I mean right? 80's Saturday morning cartoons... XD
_____________________
Love the retro Risky Boots! Red eyed, pale skinned queen of the seas, we set sail! 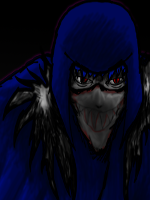 I wish I had my own ideas to contribute, but theme songs are not my forte. ;_; Terrible with coming up with them, unless you want me to paradize someone else's. I mean, my sis and I once changed up Camp Lazlo's theme song's lyrics to suit the story of him going to a boarding school after summer camp. If only I had decent digital drawing skills as a teen, we had some pretty epic ideas to make our own fan-made episodes with Anime Studio; we would have seriously pulled it off. :'D

Anyway, I think Ex is right on the money there. =P Any English lyrics for that? It sounds so mesmerizing and beautiful, I'm completely captivated by the eastern atmosphere of that song, I mean that. ;w; Using something like that as inspiration would be excellent for a serious Anime of Shantae. If there's a better candidate for a criterion I sure wouldn't know it. XD

Saturday morning cartoons wouldn't be a bad approach either if it's whatever kind of cartoon ideas Matt Bozon had in mind were to be played out in animated form. I mean, he does write out all the games' stories in storyboard format, according to one interview on the Shantae Wiki. I think that's the only game to cartoon translation that would work, IMO, if not beautifully and seemlessly. XD
_____________________
Shantae Example Engine for Game Maker Project

A good remix of the Flashback track (Which is a slowed and mellow version of the Burning Town track) Would make a good leitmotif for Shantae.