Something I’ve wondered about for a while that hasn’t really been touched upon anywhere else as far as I know:

While cataloging Shantae sprites for a website, I noticed a few from the dance menu that are unused in-game. Further research into the old WayForward website suggests that perhaps some of the features from the initial 1997 conception of the game were planned for the GBC release: in particular, different outfits and hairstyles / fighting styles (as shown below). 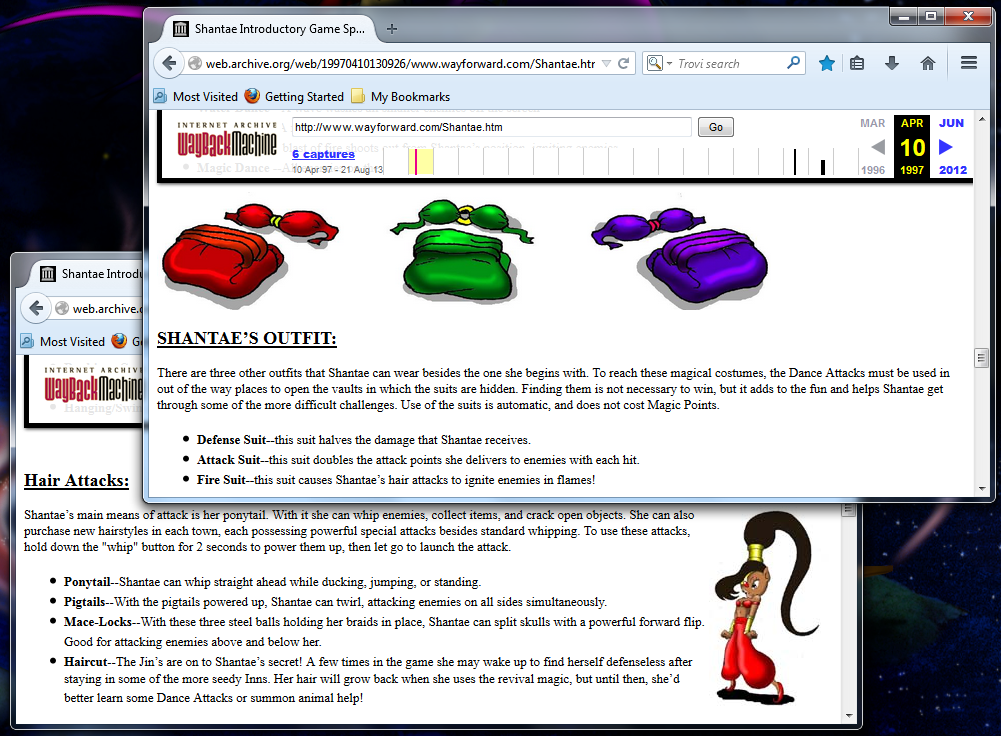 The amazing thing is that, as far as I can tell, the game still loads those tiles during runtime. Sometimes removing things can cause problems, so they may have left it there rather late into development, or it was a feature that never got enough attention to be fully fleshed out, so all we have are leftovers to look at. Thankfully, we have the WayBack Machine telling us how the outfits and hairstyles worked in general. It'd be interesting to see a fan game implement it in some way.

Although what really surprised me was that (Most of this?) this had been planned as far back as SNES prototypes in 1992, according to the Half-Genie Hero Kickstarter page. It's nice that, while the idea never saw the light of day, it is still getting a much-welcomed nod in the form of a blue outfit for Shantae in Half-Genie Hero. It's great when developers do that.

WayBack, WayForward, huh. My brain is at a loss for clever puns that could be made with that.