I like to over-think things. So, I got to looking at the ways different creatures behave in Shantae's games, and what said behaviour might indicate about their cultures. Why do Scorpion men and women live in different areas of the desert? Mermaids; bipolar or just rude? Are all Warp Squids terrible parents?

I'm just gonna talk about Zombies for now, but y'all feel free to discuss whatever non-Humans you'd like.

So, Zombies are typically nocturnal, nomadic, and somewhat amoral. They have questionable tastes in food, and need a good caffein-buzz to keep brains off their minds. And wether wild or domestic, they tend to travel in groups. I think that's about all the games have told us thus far, but I like to wonder about other things.

Since Rottytops keeps indicating she'd like to "snack" on Shantae's brains, even though she clearly thinks of the girl as a friend, do you think Zombies have a means of eating brains that doesn't actually involve hurting their victims? Maybe they have some kind of potion or magic thingumy that can temporarily Zombify their victim, allowing safe extraction of the brain. And then, knowing this series, they would probably also have litteral "brain food" that can regrow whatever parts of the brain they eat.

How do Zombies even happen in this series? There are Ghosts and Skeletons in addition to Zombies, so it's clearly not just something that happens when someone dies. Are they even Human at all, or just very similar in appearance, like Genies? I like that Zombie Potion idea, and would imagine the effects would become permanent for someone who made a habbit of drinking such a thing.

Also, is Risky Boots a Zombie?

Deathly pale skin must be pretty hard to come by when you show off so much of it, especially while captaining a ship near a desert. Plus, Matt Bozen has said in an interview at the Shantae Wiki that there is a reason for her being so pale. I know Zombies have only been green so far, but maybe she's just had more sun than most of them. 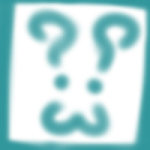 Axol The Axolotl wrote:Wouldn't the uncivil zombies be called ghouls?

Would they? I can't recall anything from either game saying that, but I guess maybe?

According to the old Arab lore, Ghouls (or ghuls in their language) are a type of undead that eats corpses (and living people).