What are your favourite Yu-Gi-Oh Cards?

What are your favourite Yu-Gi-Oh Cards?

I guess my YGOPRO-pals could already tell that this is my absolute favourite. Since I have built multiple "Blue-Eyes" decks in there.

But yeah, this card is my absolute favourite . Just look at this majestic dragon.
It's awesome in every sense of the word. And I love it! 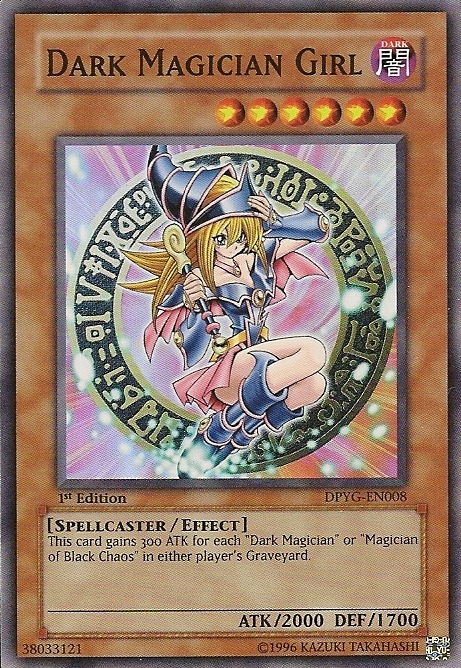 Because she is cute AND kicks some serious butt with the right cards.
Go! Black Magician Girl!

A cute and gentle fairy. Also with a good effect IMO 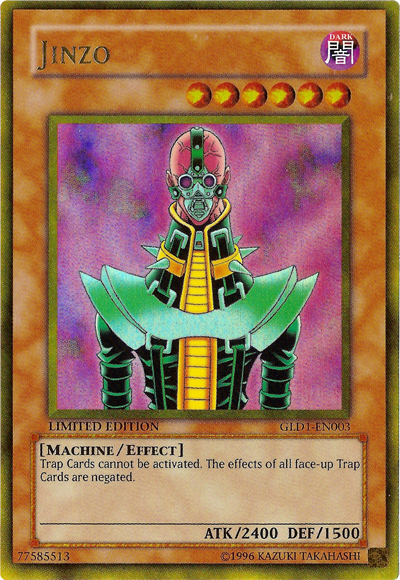 Kickass machine with a kickass effect.
Though you want to equip it with "Amplifier" to maximize its owning-properties.

That being said, I kinda prefer his japanese name. ("Android - Psycho Shocker")
But oh well...

Aka "Om nom nom nom"
It's pretty much the ultimate Low Level monster. With it's "absorbing" ability.

And it turns into a pretty good Troll-card, if you use its effect on a high ATK monster.
Especially monsters like "Five-Headed Dragon".

You could even use "Baby Tiragon" or "Opti-Camouflage Armor" (both cards that enable Level 1 monsters to attack directly) to rape the opponent.
Speaking of which...

I dunno why they made him look so emo on the card's image.
But that aside, it is a cute monster with a great effect for Low Level monsters.

But what if it doesn't look sad, but happy? 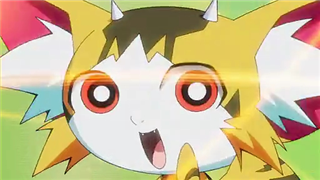 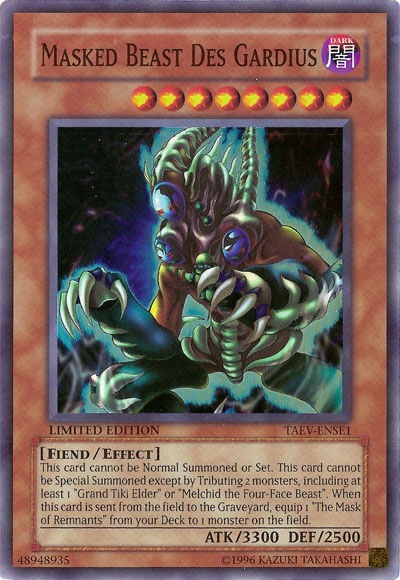 A monster with very high ATK and a nasty effect.
And not to mention how cool it looks...

One of the best Dragon-supporters. It's effects are ownage! 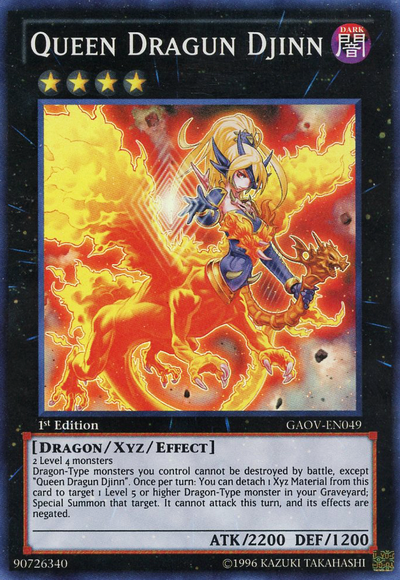 Pretty much the female-version of "King Dragun". Also outfitted with great support effects for Dragons.
Combined with "King Dragun" and "Golem Dragon", she forms the ultimate protection for dragons.

One monster I grew to like quickly, due it's Regeneration-Abilities.
It's too bad that its effect isn't nearly as great in the actual game, as it was in the Anime and Manga, where it is special summoned the instance it was destroyed.
But still, combined with "Jam Defender" and "The Dark Door", it does form a decent lockdown. 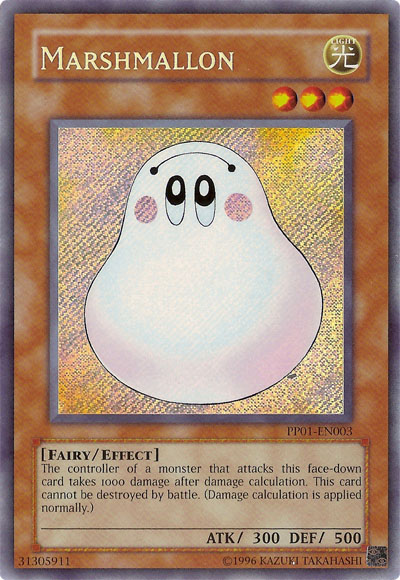 A very simple, yet awesome monster. With a great effect.
Combined with either "Ring of Magnetism" or "Raregold Armor" it forms a much more potent defense, than "Revival Jam".
It even requires less cards... 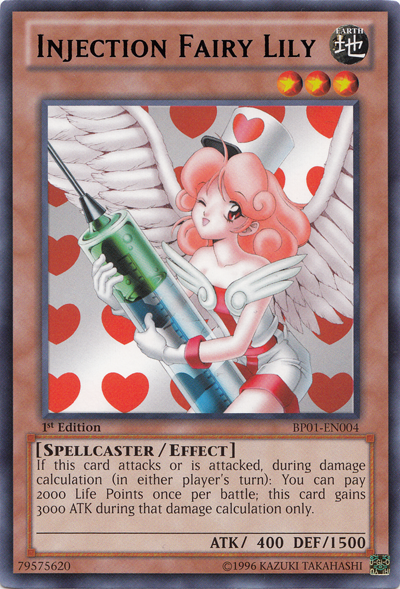 One of the best low level monsters in the game, with it's kickass effect. And also the cutest.

Too bad that Luke seems to be afraid of her.
I guess their relationship is pretty similar to this: 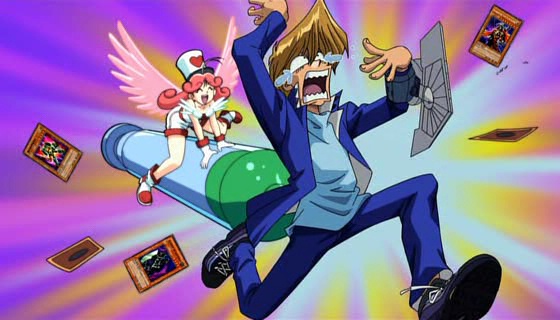 I dunno if I should list Spell and Traps here as well.
But I might do that later.


Now what are yours?

Re: What are your favourite Yu-Gi-Oh Cards?

It's too early for me to really play any favorites.
Though I do like the fact they've included cards based on characters and elements from Gradius and Goemon. They're quite the killer Konami cameos

...I still can't believe the Baby Tiragon's horns were edited off of it's International card. I can understand all the edits to religious symbolism, but hornless B.T. is so ridiculous it's adorable, eheh
_____________________